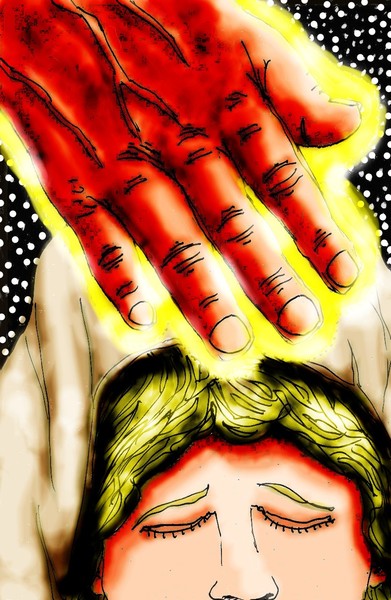 copyright 2012 In the Book of Luke while performing his priestly duties of the course of Abia, Zacharia was met by the arc angel Gabriel saying to him that his barren wife Elizabeth would bare him a son and to name him John. That was John the Baptist and his conception in July. Then Gabriel visited the virgin Mary saying she would conceive a son by the Holy Spirit and to name Him Jesus. Having been touched by God she conceived and immediately ran to her cousin Elizabeth, Zacharias' wife who was 6 months pregnant with John the Baptist, who when she heard Mary calling to her was filled with the Holy Spirit and John lept in her womb. Proving that like the meaning of His name Emanuel, God dwelling with us, life begins at conception. That day was December 25th,...when truly God began dwelling with mankind.