Controversy of the Past,..Yet Future. 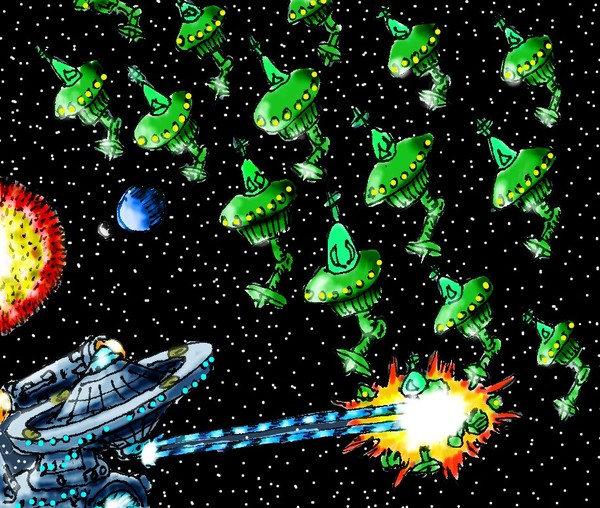 copyright 2012 In the distant past a war was fought,...on an epic scale,...between the forces of good and evil,...between those who loved God and those that followed Lucifer in his rebellion against God the Father. A simple drawing of one of those battles,...but it would surprise you to learn that the Star Trek ships are really Satan and the fallen angel's ships. He will deceive many in the future with those ships from long ago that still exist today....call me crazy,...but in my opinion,...true.