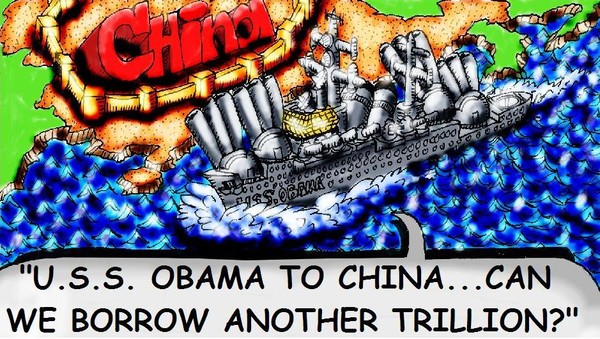 copyright 2012 It was and still is one of the worst things this administration ever did,...the idea that we, a free nation, a christian nation who is supposed to never borrow but only lend, went crawling to a communist nation borrowing over a trillion dollars which has, for the most part, been wasted anyway. Though it was a terrible idea to start with, if Obama had given a hundred thousand dollars to every registered voter in America there would have been such a turn around in the economy it would have outshined the nineteen eighties!

BOTH parties are guilty of deficit spending.

Artist Reply: TRUE,...but it's a big no no to borrow from a communist nation!