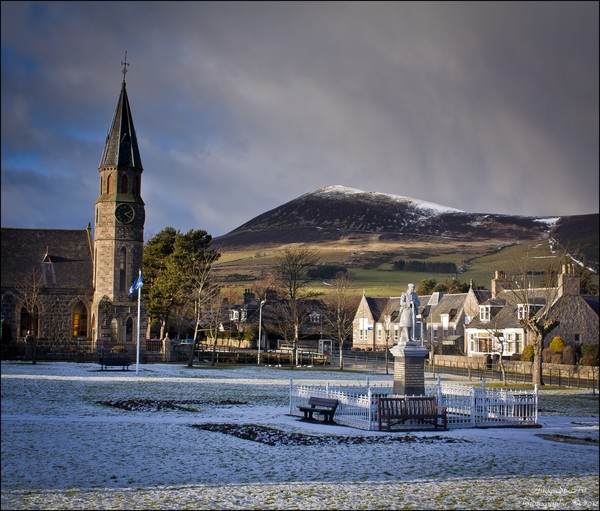 Rhynie lies between Tap o' Noth (564 m / 1849 feet) and the Water of Bogie. On the summit of Tap o'Noth there is a hill fort with vitrified walls which was occupied on and off between the 1st millennium BC and the early 1st millennium AD, one of a number of hill forts and numerous prehistoric sites in this part of Aberdeenshire. In and around Rhynie several Pictish symbol stones have been discovered dating from the 6th-7th Century AD including the "Rhynie Man", a 6 foot tall boulder carved with a bearded man carrying a axe, possibly a representation of the Celtic god Esus, that was discovered in 1978, which now stands outside Woodhill House in Aberdeen. Archaeologists from Aberdeen University and Chester University uncovered a substantial fortified settlement dating to the early medieval period which they believe that the settlement may have been a royal site occupied by Pictish kings.