Love Can Heal, Love Can Kill 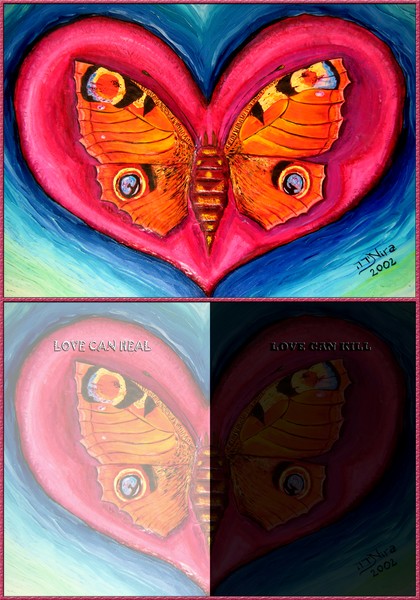 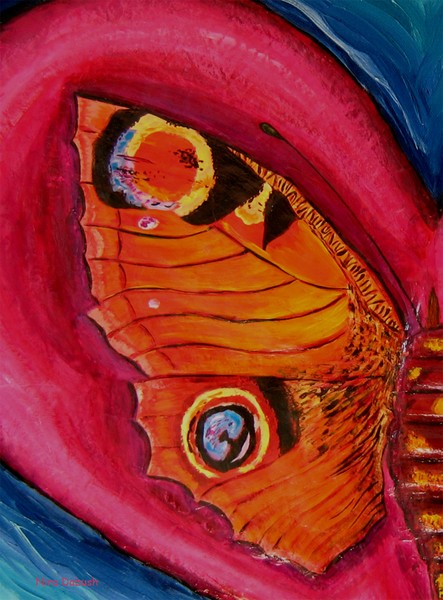 Upper image :Mixed Media papier-mache' , Oil, Acrylics.
Size: 50CM X 70CM. Combined with the:
Image below is digital "renewing" of the image.
Second image is part of the original. Art creations are done inspired by different inspirations..
Sometimes the meaning is very clear and simple.. Sometimes it has deeper meanings... Sometimes it changes it's original meaning.. And just sometimes we predict with it MORE..

Several variations of this artwork, were posted in the past with my explanation. It changed it's meaning several times according to my reality, and actually..

IT BELONG TO THE PAST
When I created this, and posted it in my own web-site, I asked my viewers to suggest titles to me... I had and still my own ideas, as the creator and the artist behind it. It was based on my emotions of the far past. Though, people sometimes see different things then the artist really meant... and also the artist, find out new things about his/her own creation.

Have a delightful day, may the TRUTH of your heart will lead your way always..
Copyrights (c) Nira Dabush.

Magnificent composition dear Nira,you colorful is very brilliant with grace and elegance..all beauty and heart.. precious fragment.have to you a great weekend.love from Spain, Pepe!

I love the composition with the Butterfly in the heart!!!GORGEOUS Gorgeous creative art,my Friend!!!True Love can heal and always wants the Best !!!((((Hugs)))),Dee :)

I do agree with Anonymous. Very well said. The butterfly is captured in the heart for ever, it's wonderful symbolic.

Artist Reply: My heart is healed, by myself, my dear friend.. as always you are so RIGHT. Since i guess who you are, will say that i will write as soon as I can, was too tired yesterday late evening.. SO... Wishing you the very best. Sleep well and dream.