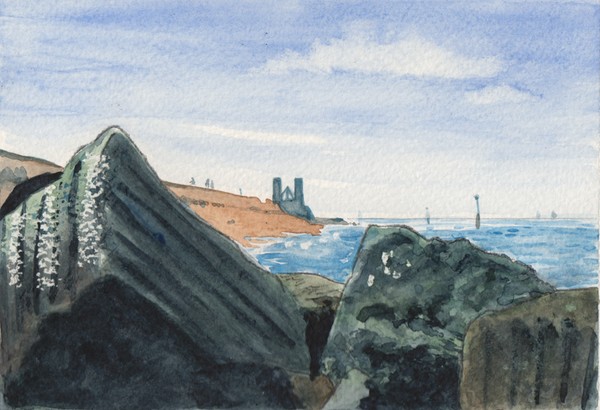 Just east of Herne Bay where I live are the impressive Reculver towers, a 12th century monastic ruin, visible for miles around. The towers are viewed through gaps in and mirrored by, equally rugged rocks which protect the shore from erosion, the ruin is also high up on a concrete apron defending it from the sea, which used to be some miles away. There are visible linear gouge marks on the rocks, I presume from when they were quarried. Winsor & Newton watercolour on The Langton 300gsm (rough) paper.