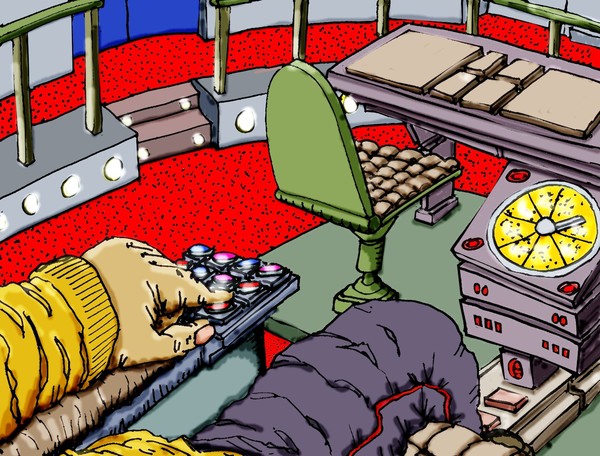 2011c In the original series episode of "Court Martial", Captain Kirk is accused by the evidence from a tampered with computer to have killed a crew member who was an old friend upset with Kirk because he should have been a captain too. Sounds like the first show to demonstrate the dangers of putting too much trust in computers, and how easily they can be hacked by bad people who have some kind of grudge against society or other people. Computers, it was said in the episode, are wonderful tools, but we should not let them overshadow or come before our Lord God in heaven or our fellow man,...they are after all only a hunk of plastic that ends up in the garbage alot sooner than anyone realizes or thinks. This age of the flesh is on the brink of collapse and will be destroyed by the brightness of the coming of the true Jesus,...after the fake (antichrist) heals the deadly wound this one world system is about to receive very soon. Get into God's Word,....and get the knowledge that will open yours eyes then be a good watchman and prepare yourself for the end. God bless.