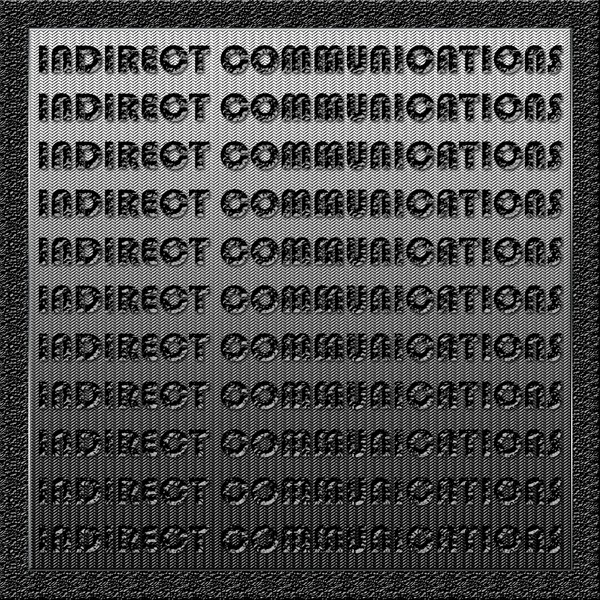 Don't try to reveal what's behind this indirect communication, because it can cost you a mental price.
BE CAREFUL OF INDIRECT COMMUNICATION, It might become dangerous relationship, whether relationship with a "loved" one, or any other relationship..

Be aware, and also save your people, your children from doing so.
Be careful of signs, symbols, that some might try sending you, through other people... Don't try to translate it, in anyway...
If someone try doing so, is simply, because this person, has NOT the ability to communicate you normally.. Such person, is simply impotent, literary or far behind.. At least with you
The reason, WHY... Does not important..
The important, you must ignore people who send indirect messages. Those who do so, share a crime, with the one, ask them, order them to send these messages.


ONCE... I thought I'm clever to try understand indirect
messages...Nowadays... I IGNORE Totally those who might send indirect messages, in order to protect myself from impostors.

SUCH PEOPLE ARE NOT REAL FRIENDS OF YOU.
BUT Then ask me... who is a real friend... That's another image to deal with.
With my love to those who feel as REAL People, honest , direct, and loyal.
To be continued......
Thanks for visiting and commenting.
Copyrights (c) Nira Dabush

Outstanding work; So lovely to see your activeness

so true Nira. peace and love to you and yours

Had to write you and wish you a best where the east meets the west...

Truths dear Nira, temples with lies you can not make art, not Islamic radicals or any country can build a perennial peace! Superb work and great title, artist of great heart and talent...hugs from Spain, Pepe