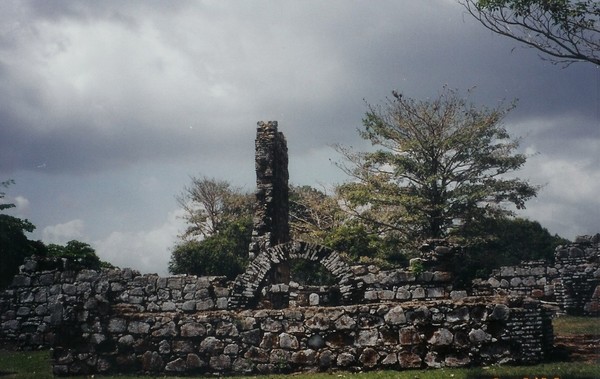 I used to play among the ruins of Old Panama when I was a child. Old Panama dates back to the 1400s and was a thriving wealthy society and city. Henry Morgan, the British pirate, landed on the Atlantic side of the Isthmus of Panama, and he and his men blazed a trail through the jungle to the Pacific side and Old Panama. He and his men ransacked, pillaged, and burned Old Panama. They took all the gold and jewels back to the Atlantic side and their ship traveling on the road they built which is now called the gold road. These are some of the ruins that you see today. Panama City was rebuilt across the bay from this Old Panama. It is the capital of Panama and is a huge modern city with everything and more.

Brilliantly done. This is Most very Excellent photo Artwork again, from You my friend. Truly Charming to View !

What a great picture full of exciting past history! You are a great tour guide and representative for Panamanians well as a conscientious artist!