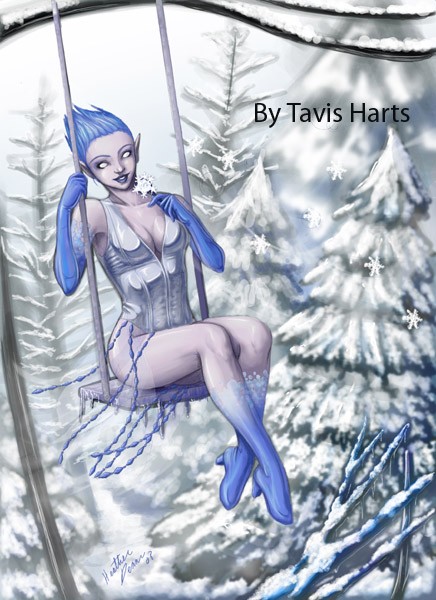 Sort of a fun picture. It ended up being colored a bit rapidly because of computer issues. Overall the background was overwhelming just because I had never had to draw trees with snow before. The idea behind her is that she's sort of a female jack frost. I didn't draw in the eyes because I didn't want her to seem human. So they sort of make her a bit distant and unapproachable. The swing was to make it seem a bit playful. The only part I am sort of meh about is the feet. I had trouble while drawing them and they still bother me a bit. I hope you like it.