Call of the Wild Illustration 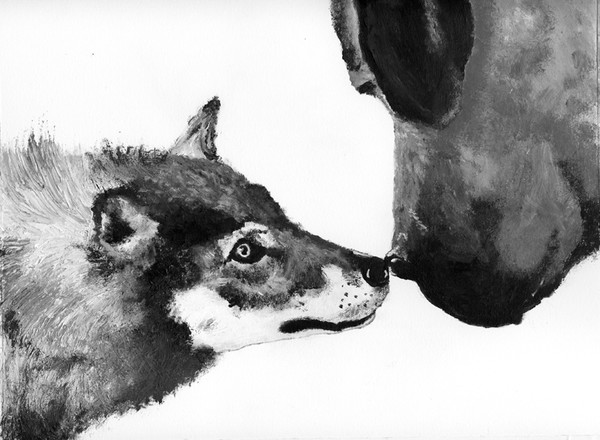 The final project for my illustration class was to pick a classic book and illustrate two scenes. The first scene has to be in black and white and the second scene in color. "The wolf was suspicious and afraid; for Buck made three of him in weight, while his head barely reached Buck's shoulder. Watching his chance, he darted away, and the chase was resumed... But in the end Buck's pertinacity was rewarded; for the wolf, finding that no harm was intended, finally sniffed noses with him."

AWWWWW, JESS. THIS IS VERY AMAZING AND WONDERFUL.