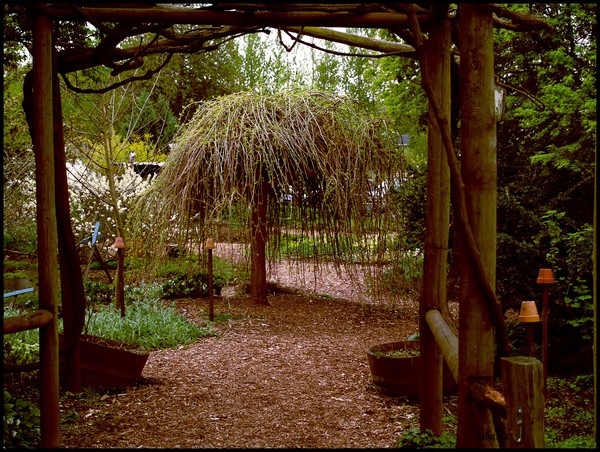 A wonderful garden in Troutsdale oregon on a site built in 1911 to replace Multnomah countys first poor farm in Portlands west hills.... the buildings and 330 acres of farmland were a welfare reform effort.Based on the idea of self suffiency through farming The farm gave refuge to the ill and poor.During the Depression 600 people were sheltered here.Later named Edgefield Manor it was a nursing home till 1982