Home / Artists / Atamjeet Singh Bawa / Image Detail
Note: Before you can add favorite images, you must be a ArtWanted.com member. Login now or create your free account. 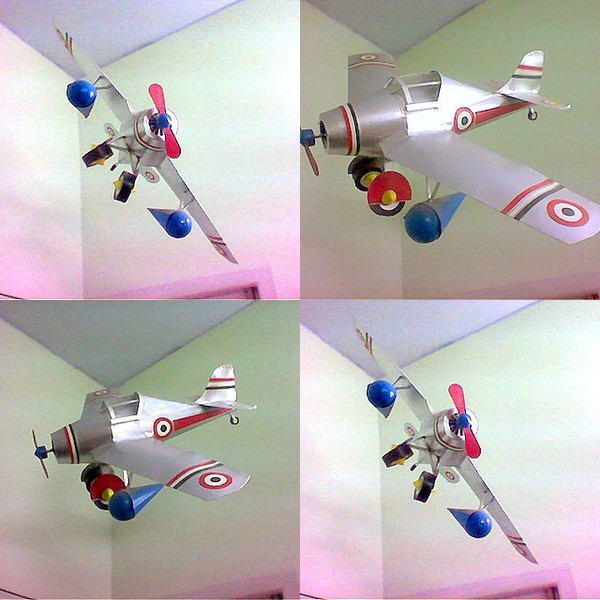 The 'Grumman F4F Wildcat' was an American carrier-based fighter that began service with both the United States Navy and the Fleet Air Arm in 1940. Although first used in combat by the British in Europe, the Wildcat would become the primary carrier fighter for the first year and a half of the United States Navy's involvement in World War II in the Pacific Theater. This is my very first paper model. Its made using a drafter without any computer aid. It is one of my most admirable engineered accidents. I made it when I was persuing Engg. first year. I used the skills of Engineering drawing for this. And then I got introduced to the world of 'Scale Paper Modelling' and here I am at Artwanted to display my Scale Paper Models. Please give your precious comments for this one. Thanks for visiting. Do write ur email ID after ur comments. Call me or email me if you want to buy / order any of my completely built models (Please be noted that the plans are not sold here).

now paper model a legend like sachin or like madam tussads works some thing spectacular...use paper pulp iam sure u have the talent....Santosh

Artist Reply: Thanks for the comments Vivek. Keep visiting for more buddy ^()^

I did not know there was a world of paper model art. THIS IS TERRIFIC..YOU DO OUTSTANDING WORK MY FRIEND!!