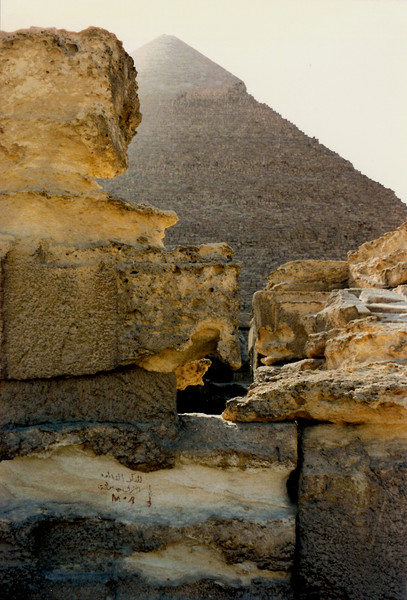 Although the three great pyramids are instantly recognizable by amost everyone, I was amazed at how many other ruins and tombs there were nearby that I had never even seen pictures of. This shot was taken inside of the ruins of a temple. The Nile river has since been diverted far from the pyramids, but this temple once stood on the banks and was an important part of the funerary complex of the Pharoah Chephren (whose pyramid can be seen in the background). This temple was where the body of the pharoah was taken from his funeral boat and prepared for burial. After this process was complete the mummy of the pharoah was taken through a long narrow stone passageway that led to the temple at the base of his pyramid.

what a great piece