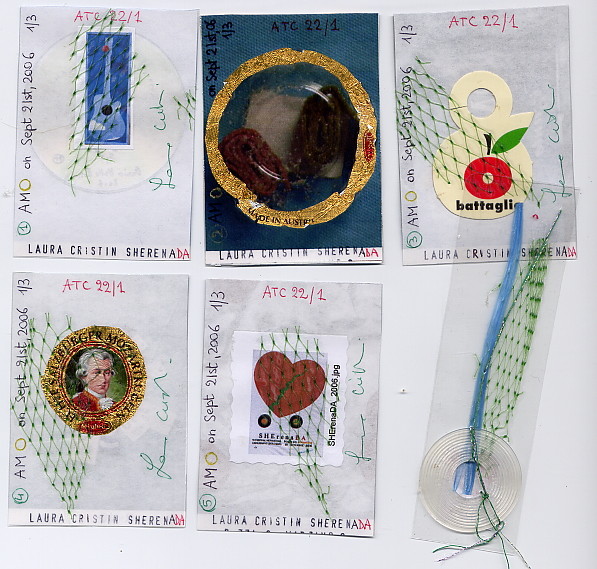 BACK of the set of Artist Trading Cards on the theme of lOve, that were made after the performance "SHErenaDA" with the musician DArio Della Rossa (Bosco del Poranceto di Camugnano, Bologna on September 10th, 2006 for VI Festival Hermatena)to express the feeling of the interaction between the movements of my artistidentity of SHEren with the most immaterial of the art, in the music (s)composed and played at the piano by Della Rossa