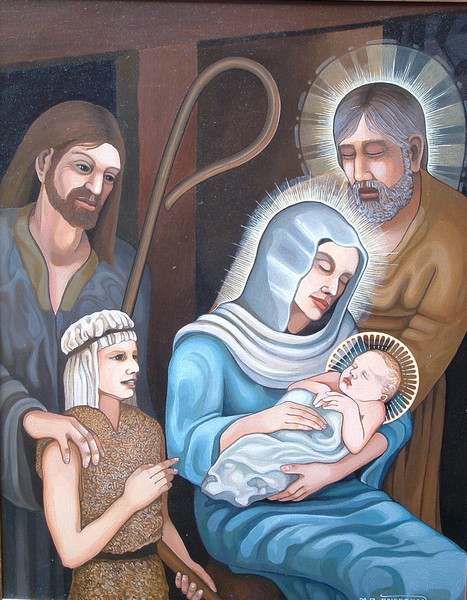 Luke 2:15-18 When the angels had gone away from them into heaven, the shepherds began saying to one another, "Let us go straight to Bethlehem then, and see this thing that has happened which the Lord has made known to us." So they came in a hurry and found their way to Mary and Joseph, and the baby as He lay in the manger. When they had seen this, they made known the statement which had been told them about this Child. And all who heard it wondered at the things which were told them by the shepherds.

I give You a 10 rating, on this Tribute picture

Splendid artwork. My POC OF THE DAY. Merry Christmas.

Artist Reply: Thank you Lynn for the compliment. I love your photos. You are very talented.

What a gorgeuos Christmas Card were you able to sell this print to a fine greeting card company?

JAMES PLEASE DO MORE, THE LORD IS WAITING!!

Artist Reply: You are so very right Christine! I will start a new one soon for the Lord and for you.