Wrongway On A Oneway! 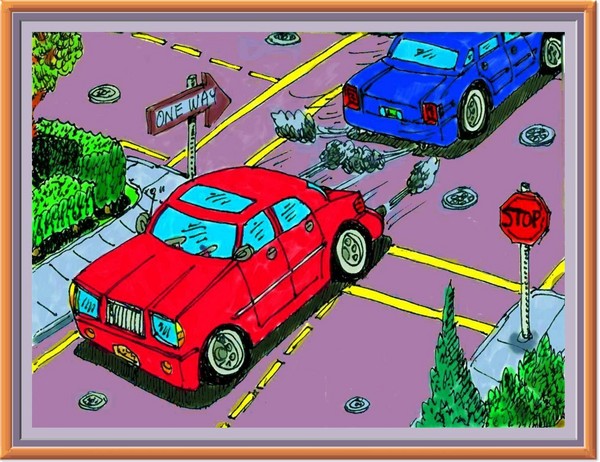 (c)2006 Have you ever been in one of those towns or cities where the street planners went wild with oneway streets. Well,...I live in such a city, and our downtown area is just chock full of them. In some areas I can understand because the oneway street has led to increased parking. But what is the worst about having so many oneway streets all over the place is the idea of getting caught by an oncoming driver honking his horn, flashing his lights, saying, "Your going the wrong way!". I know, because I've been in both situations. And I see on a regular basis some poor unsuspecting person driving the wrongway coming right at me. I even change lanes and honk and yell,...but there they go merrily on their way until they finally get the message. And it's not that there aren't sufficient signs marking your way,...it's just that you feel like your in a giant maze trying to find your way out,...and I live and drive here everyday! Imagine how strangers must feel! But nothing can prepare a person for "The Oneway Streets of San Francisco",...a city planner's production to confuse the innocent tourist. hehe :O)

Outstanding work on this