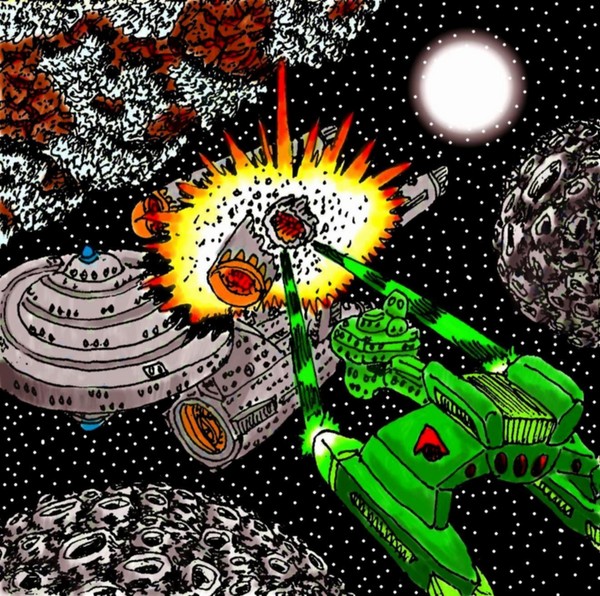 (c)2006 Since the original Star Trek aired in the mid-sixties,...I have always enjoyed that program. All three years of it's showing. In the early seventies, on Saturday mornings, appeared the Star Trek cartoon series. Though my talent is far from that of the cartoon series animaton, still this is the best, by hand, that I can do now after many years of practise. I hope you enjoy. :O)