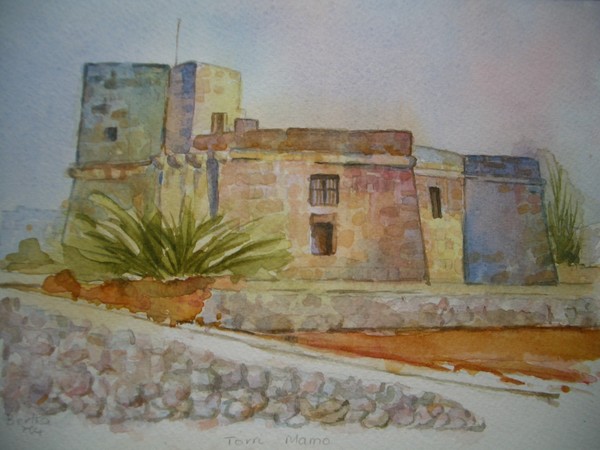 Contrary to popular belief this structure was not built by the Order of St John but, as the name suggests, by the Mamo family. Although referred to as a Tower it is really a mid seventeenth century fortified country house built in 1657 and has a unique shape with sixteen sides. The Tower was built as a defensive building against the invasions of the Turks particularly from St Thomas Bay below. On entering one finds a beautiful round domical-roofed room leading to four smaller ones forming the four arms of the cross. On the left hand side is a staircase leading to the roof from where one can enjoy the beautiful scenery. Around the Tower is a two-metre ditch and a draw-bridge. In the ditch lies a fourth century Roman Tomb which was probably originally from the Phoenician period. Over the years the Tower has had many owners. It passed to the Sceberras and Apap Bologna family at the beginning of the twentieth century and inherited by Lord Strickland, Prime Minister from 1927 to 1933. It was the sold to B. Desira of Zejtun and in 1940 taken over by the British Military Authorities as a Regional Headquarters and a pill box constructed on the roof.