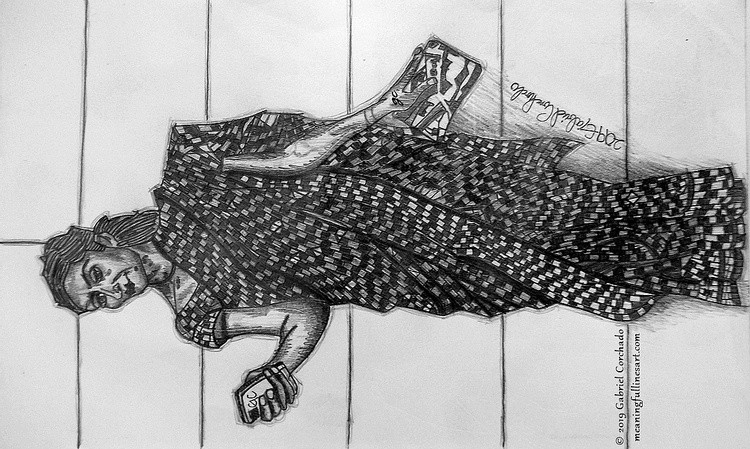 The Second Avenue Subway is a New York City Subway line that runs on the East Side of Manhattan. The line was originally planned in 1920 as part of an expansion program to replace elevated train lines along Second Avenue. Construction of the line finally started in the early 1970's, but came to a stop in 1975 because of the city's financial crisis which left only a few short portions of the tunnels completed. The tunnels lay abandoned for years. The Second Avenue Subway project was restarted in April 2007 and the first phase of the line consisted of the 96th, 86th and 72nd Street stations. As part of MTA's Art & Design project to revitalize the city's public transit, the first subway stations along the Second Avenue Subway line feature a permanent public art exhibit of beautiful mosaic works of art. This is a drawing of a mosaic artwork of a South Asian woman. MeaningfulLinesArt.com