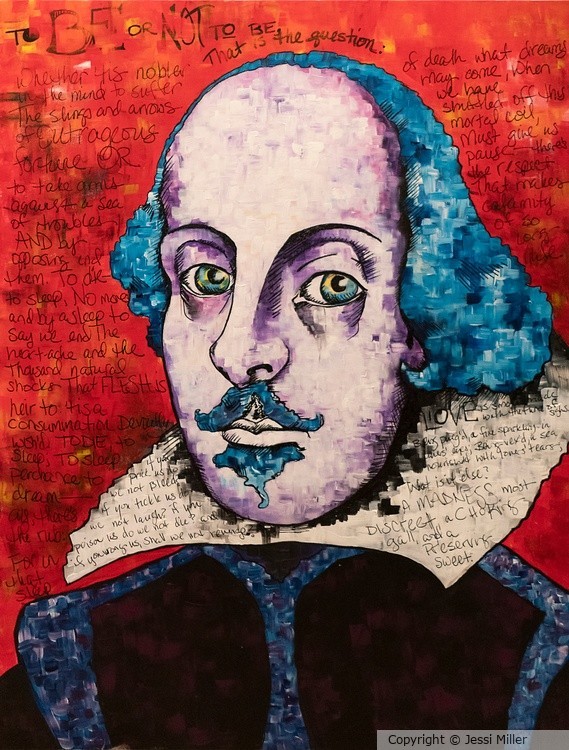 Theatre is at the center of most communities, historically bringing together people from royalty down to the peasants, often into the same room to have the same experience at the same time. William Shakespeare is the most well-known playwright of all time. His works include characters and stories from every class and all walks of life, and they have consistently been shown to people of every culture over the past 400 years. Shakespeare’s widely quoted stories unify people, reflecting our own conflicts and loves, giving us all something to relate to in every play. This portrait of William Shakespeare includes some of his masterful, philosophical words that are particularly meaningful to me as universal themes that we all struggle with. I chose quotes highlighting concepts such as ambition and growth, death, love, and equality for all.

Oh my God, you are so talented is not even funny. I LIKE & LOVE IT.

Artist Reply: Thank you so much :)