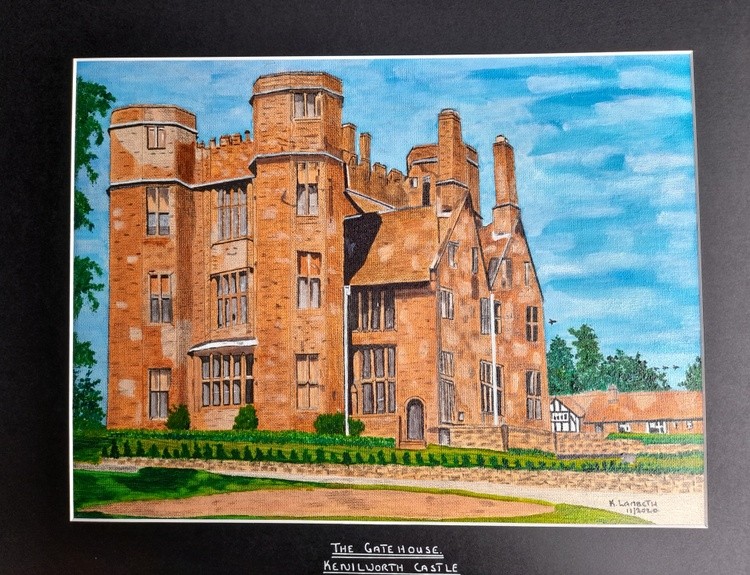 Brief History. The castle dates back to the 1120's. Built by Geoffrey de Clinton the Chamberlain of Henry 1. It was acquired by Henry 11 in 1173 and was extended by King John in the 13th century . It remained basically a Royal castle until the civil war. The gatehouse was built in the late 1500's. The gatehouse was converted into a residence by the Parliamentary Commander Col. Hawkesworth. Sadly the castle is now in ruins, but the gatehouse and gardens remain. See image 163, pencil sketch of Kenilworth Castle ruins as well to give you a greater overview.