Lunch break at the terminus 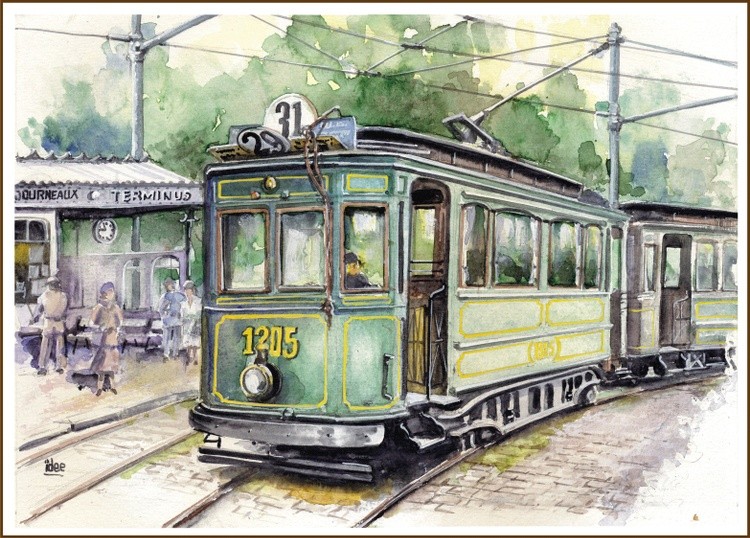 In the 1920s, Belgium worked on the expansion and electrification of the neighborhood rail network. There were already a few electric trams, but the first world war put an end to progress. Especially in the larger cities, the streets were spanned with a network of cables that connected the suburbs to the center. More lines were also laid to open up the countryside, but electrification was slower there, so that there were steam trams for a few more years. The vehicles were also modernized although it was still scrambling to get in. Safety also left something to be desired with the open step on both sides of the vehicle. The watercolor shows a tram in the early 1920s at the terminus, which was often a roundabout so that the next ride could easily be started. Image size: 260 x 360 mm

Like the detail, on your trams, your choice of colors, also helps make your paintings, so real, well done, my friend.

That's actually a rather sophisticated trolley... ( tram) considering these things started to be developed as early as the late 1860's. Do you know if those cars are connected and operating as a multiple unit or are they parked end to end. The method of changing that route board is interesting. I've not familiar that arrangement. Thanks.

Fun and nostalgic. What a splendid piece of work.