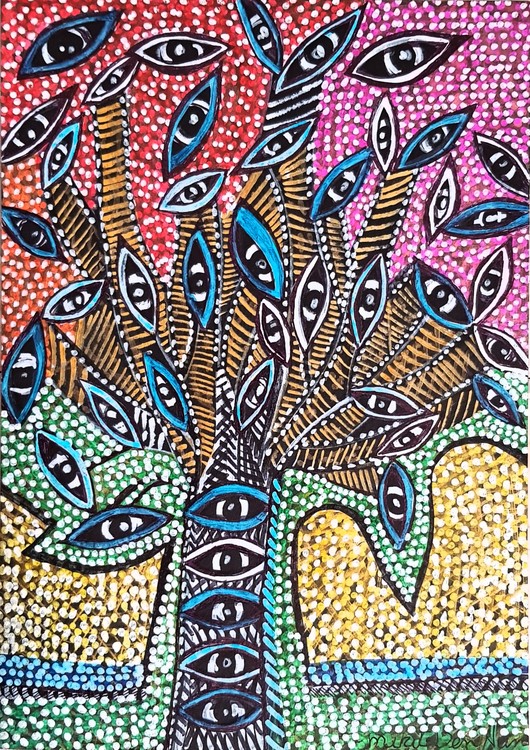 Mirit Ben-Nun uses lines and points as an expressive resource and does so by exploiting its nuances and associations to the fullest. Some forms follow the same direction and others change it constantly, even urgently. Its language is visual and independent of its expressiveness, lies in the value and organization of its elements. The things of the visible world are unimportant, the achievement is the achievement of reproduction of the world and human nature. Constantly encourages creativity. In this case pointillism conveys emotions by the effect it achieves using color, points, lines and thus captures the attention of the observer. Dora Woda