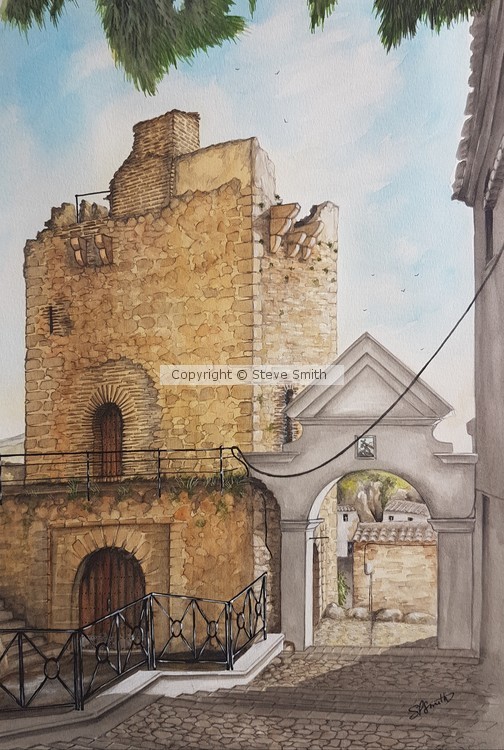 The Castle of Moclin was once one of many castles defending the kingdom of Granada, tucked in amongst the mountains and surrounded by watchtowers, it controlled the main route between Cordoba and Granada, although the Catholic forces were heavily defeated here in the 14th century the castle finally fell in the late 15th century. Today it is a magnificent ruin still dominating the quiet town beneath it.

love this historical stuff. You do it well

Artist Reply: Much appreciation James, an historical artist is what I strive to become known as.