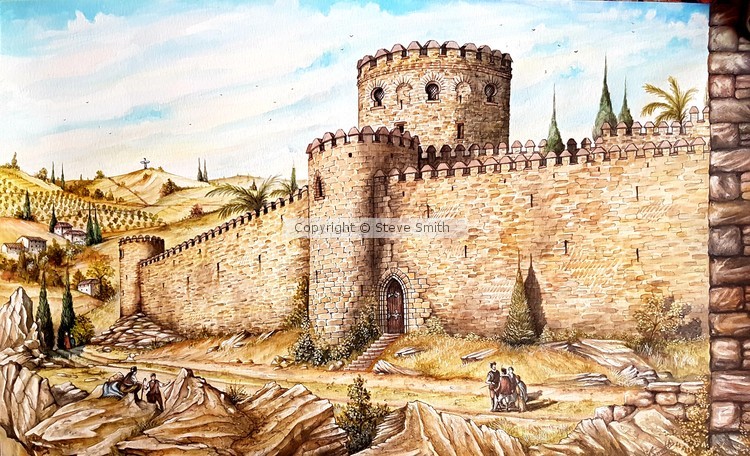 The Southern Walls of Medieval Alhama de Granada c16th century. This reconstruction is one of 7 images which I undertook with historical references and information given to me by the historian Salvador Raya Retamero, they depict how the historically important city would have once appeared during the Moorish period and just after the Spanish reconquest.