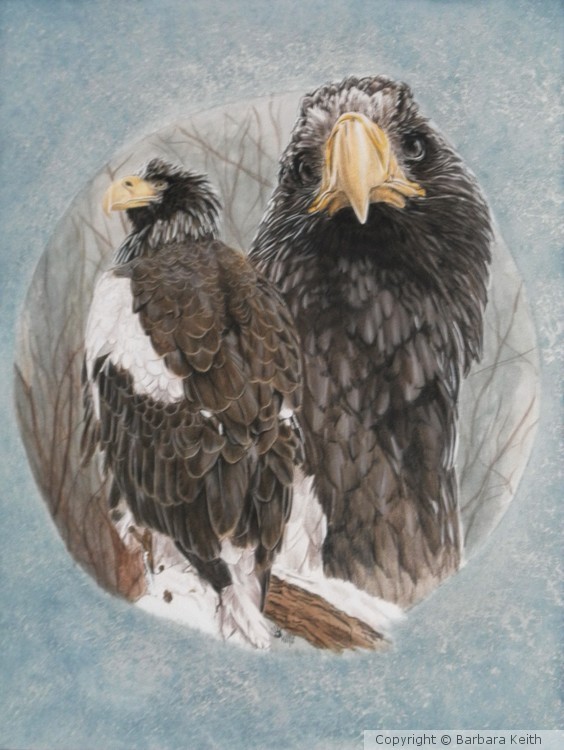 Steller's sea eagle (Haliaeetus pelagicus) is a large diurnal bird of prey in the family Accipitridae. It was originally described by Peter Simon Pallas in 1811. No subspecies are recognised. A sturdy eagle, it has dark brown plumage with white wings and tail, and yellow beak and talons. On average, it is the heaviest eagle in the world, at about 5 to 9 kg (11 to 20 lb), but may be below the harpy eagle (Harpia harpyja) and Philippine eagle (Pithecophaga jefferyi) in some standard measurements. It lives in coastal northeastern Asia and mainly preys on fish and water birds. The Kamchatka Peninsula in Far Eastern Russia is known for its relatively large population of these birds. Around 4,000 of these eagles live there.[4] Steller's sea eagle is listed as vulnerable on the International Union for Conservation of Nature (IUCN)'s Red List of Endangered species (Wikipedia).

THEY'RE QUITE A BIG BIRD. TERRIFIC WORK

Artist Reply: they are huge and impressive.. and thanks again