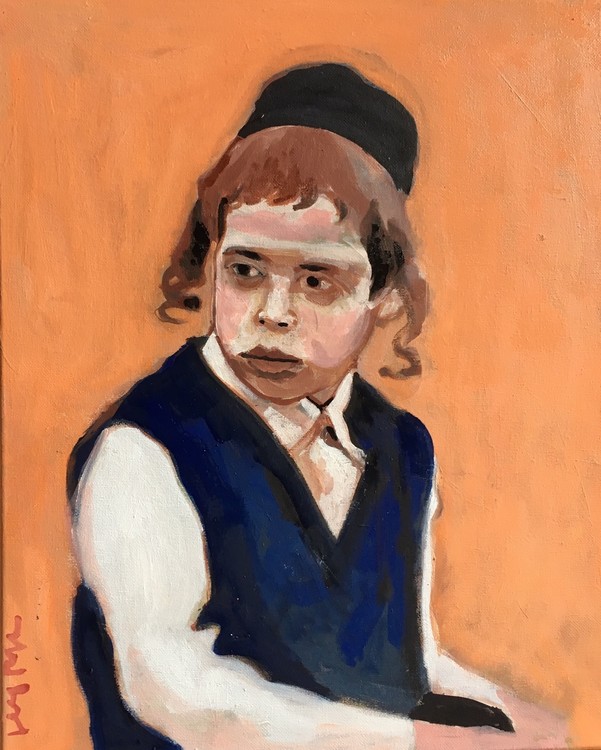 Inspired by the TV series now on Netflix called "Shtisel" about an ultra-orthodox Jewish community in Jerusalem and, in particular, about a young man, Kiva (nickname Kive), who is an aspiring artist (painter). In one episode Kive finds a young Yeshiva butcher (young religious school student), seemingly around 6 years old, sitting on a curb outside his studio. He brings the child into the studio and paints his portrait but later the boy disappears and viewers are led too the conclusion that it was all a figment of the artist's imagination.. Approx 16 x 20 inches oil on canvas.