I am not a Leopard 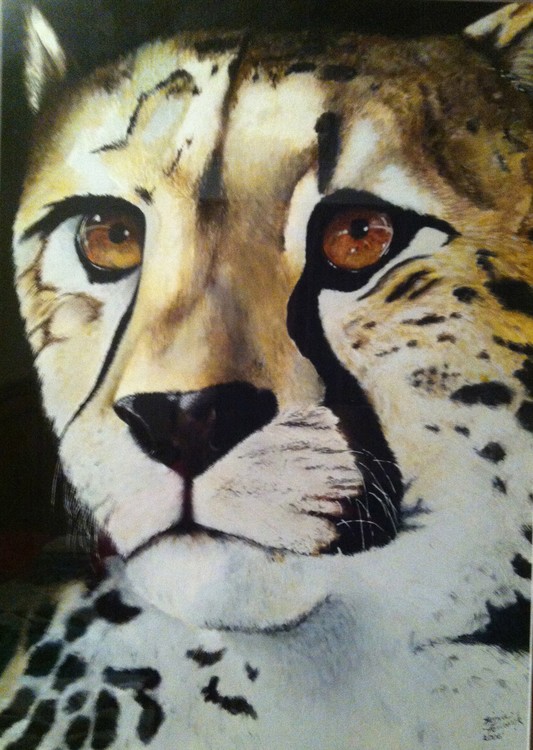 This painting was originally titled "Cheetah", but after 3 years of people saying "what a lovely painting of a leopard" I had to change it. This guy is a part of my series of animal works titled "I am not a ____", dispelling common misconceptions people have about animals. Just in case you may not know, the cheetah is the only one with cry lines (black lines coming from the eyes".

Original watercolor painting 28"x 22" on 300 pound press watercolor paper, and UV protective coating. Includes a matt but now frame as I would hate to send glass or plexi though the mail.
$ 700.00