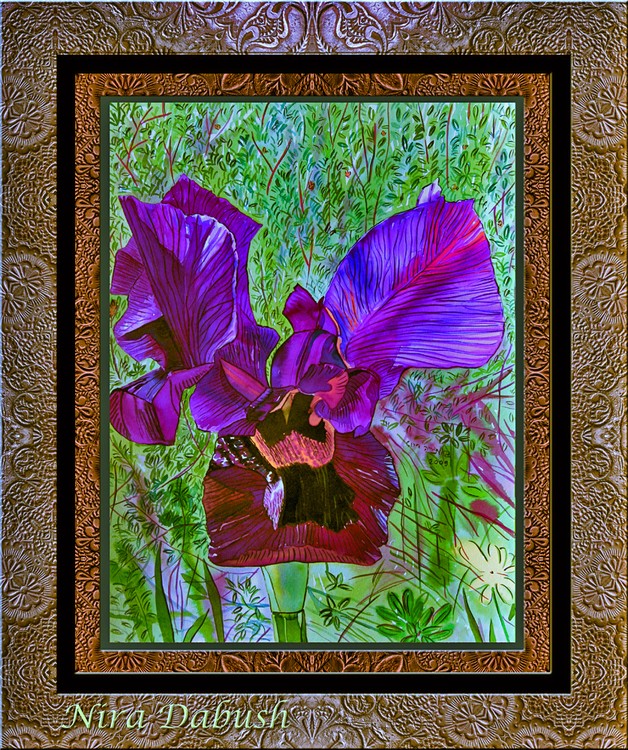 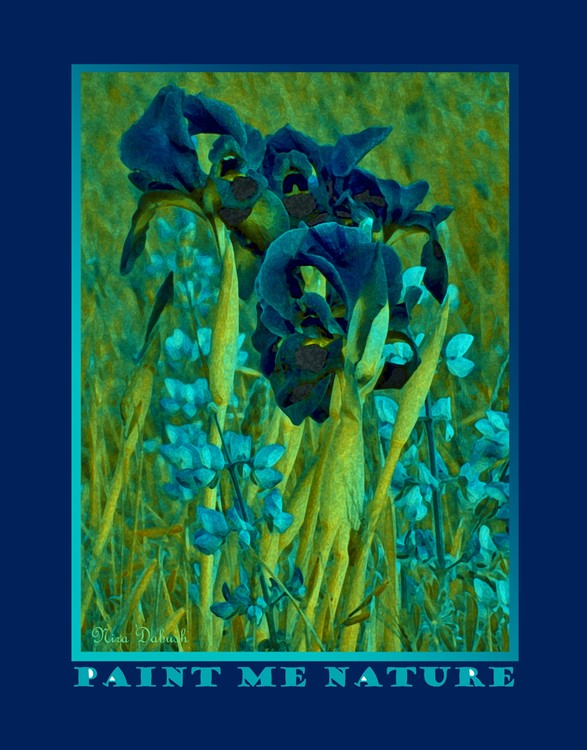 A real story with a moral. From my book - Chapter 69.
Story Inspired by my real life, in the past. ( and as it was exactly ) Artworks, inspired by my own photography, later in life.
Written by MYSELF, of myself and the small part of life.
" The days before Christmas he was walking along the main street of his town. His beloved woman in the thoughts of his heart...
At the entrance of flowers shop, he noticed most Wonderful Irises in a decorated box.
When he came back home, an hour later, he wrote to his beloved woman a love letter.
".... ... I thought I would buy these beautiful Irises for you and send for Christmas......"... and then added:
"I LOVE YOU............ "
It was only the saying but not really the doing. She would never say or suggest, what she would never do,
she thought to herself, knowing so well herself... AND It does not matter the timing.
It is about the concept!!
More than the thought, the doing has the REAL MEANING..."
And it does not matter if the thought is virtually or real...

Lovely flowers and frame too!

Absolutely Stunning!!!!! Sometimes it's Easy to Say Something BUT to apply to it ,as to do it,it's harder then we Think,Oh,Yes!!!