Abbey of the Genesee 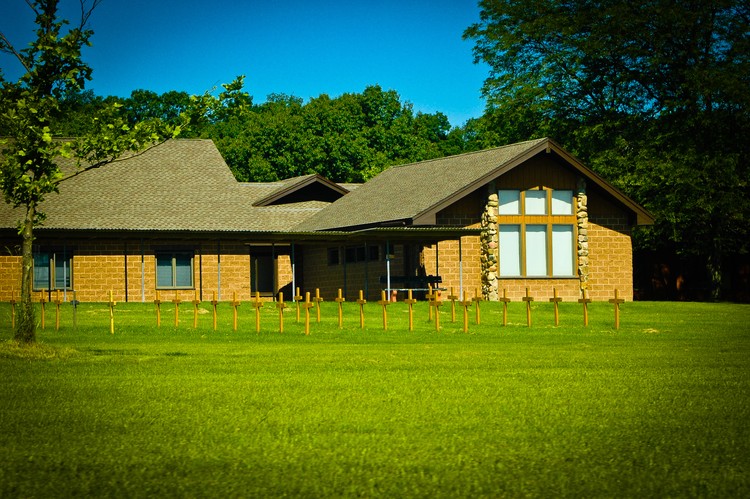 This is one of the buildings that we saw when we visited Abbey of the Genesee. It was just so beautiful and peaceful there..we didn't want to leave .......... Makes a beautiful gift for that special someone .......... The Abbey of the Genesee is a community of more than two dozen contemplative monks located near Piffard in the town of York, New York. .......... They are a member of the Order of Cistercians of the Strict Observance, commonly known as the Trappists. They were founded from the Abbey of Gethsemani in Bardstown, Kentucky in 1951 .......... The monks' work largely consists of baking a brand of bread called Monks' Bread and which is available commercially in Rochester, New York and other nearby markets in western New York. .......... The sale of the bread helps support the abbey and its inhabitants. The bread was first prepared solely for the monks by one of the order, but a demand for loaves from outsiders gradually led to the commercial operation. .......... The bread is baked several times each week in the early hours of the morning. For that reason the monks go to bed around seven at night in order to rise about two in the morning. .......... For reasons of security and hygiene, it is not possible to observe the baking process except through slides and photographs. .......... Several varieties of bread are baked, including white, whole wheat, multi-grain, and raisin, along with a number of other products such as jams and fruitcakes