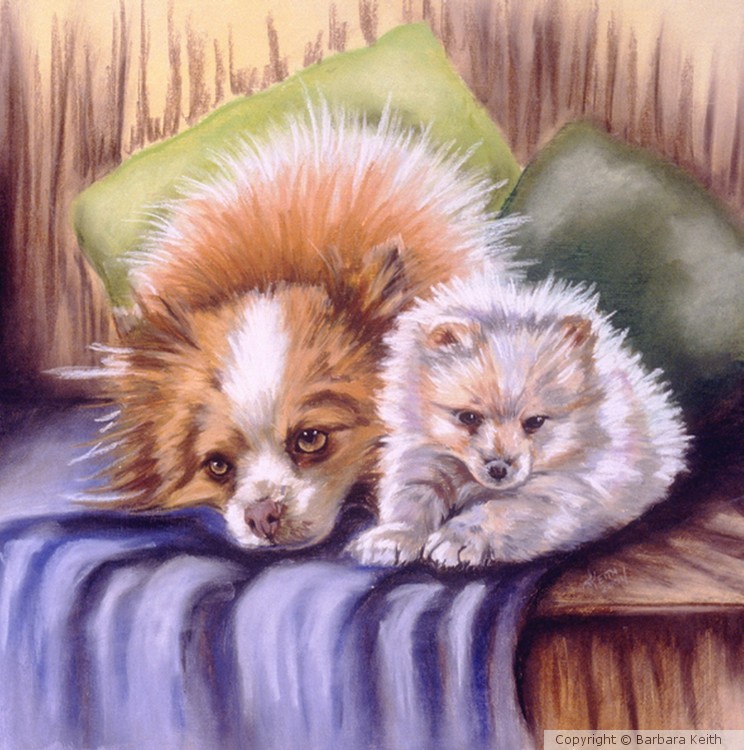 Although the Pomeranian (also called Zwergspitz, Dwarf Spitz, Loulou, or, affectionately Pom) only weighs from three to seven pounds, this lively little dog has a personality the size of Texas! The Pomeranian is the smallest member of the Spitz family of dogs, which includes the Samoyed, Alaskan Malamute, and Norwegian Elkhound, among others. Poms take their name from the province of Pomerania, in Germany. They became especially popular when Queen Victoria allowed some of her Pomeranians to be shown in a conformation show, the first Pomeranians ever to be shown (https://dogtime.com).

Artist Reply: it was fun.. and thanks