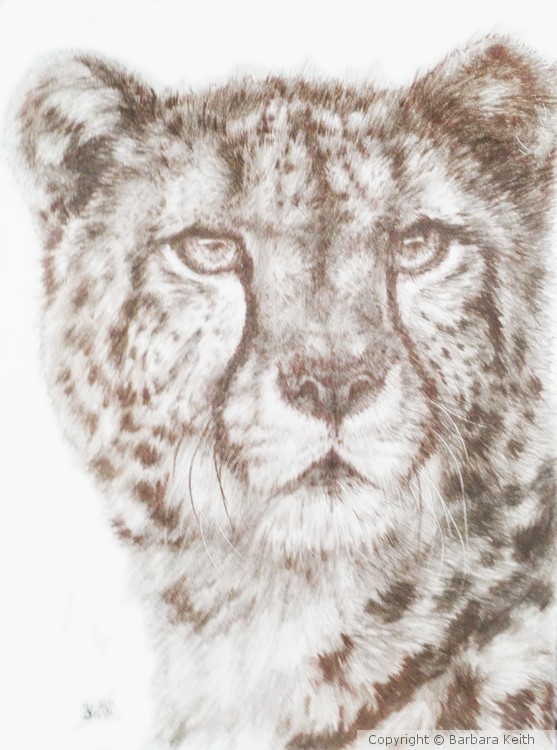 Did you know? A cheetah can accelerate to 114kph in about three seconds, quicker than most sports cars. The genus name - Acinonyx - means 'no-move-claw' in Greek (Cheetahs can't retract their claws). Cheetahs were once tamed and used to hunt antelopes by the aristocracy. Cub mortality can reach 90 per cent - they are often killed by lions, hyenas and even baboons. Individuals can be identified by coat markings and the black rings on the last third of the tail. Unlike other big cats, Cheetahs cannot climb trees and have poor night-vison. Cubs are born with a mantle of fur around the neck, which may disguise them from predators (bbc.co.uk).

Artist Reply: I do try