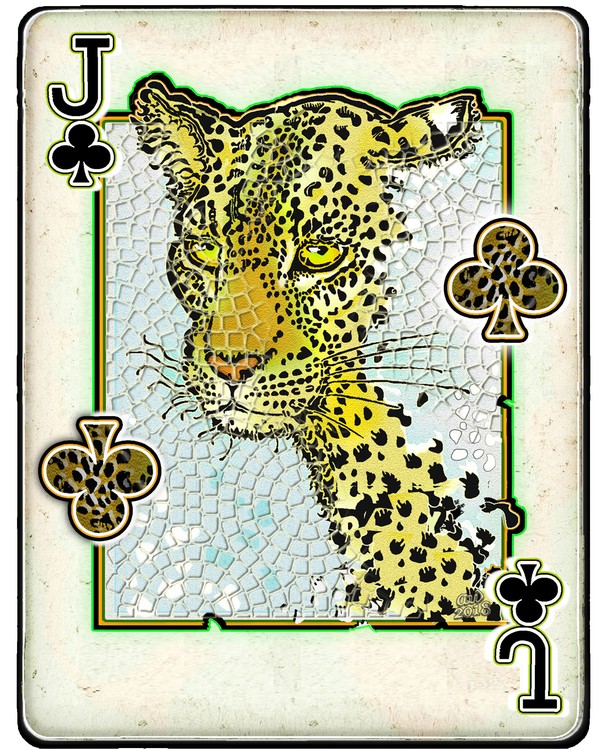 A traditional French & English deck of cards pictures a traditionally dressed aristocratic man of 16th or 17th century Europe as a jack or knave. Any extra codes or meanings will depend on personal imaginations, group projects or what one is willing to believe... but what if a traditional knave of old became a big cat with an attitude?