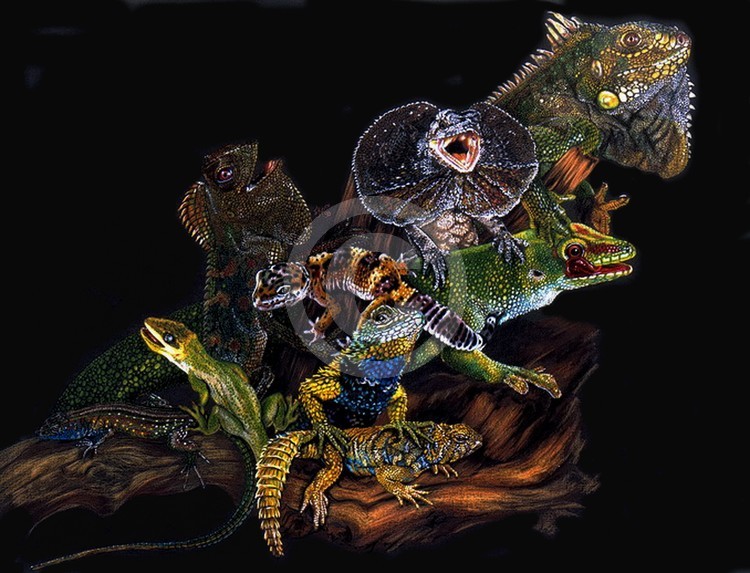 Lizards are a widespread group of squamate reptiles, with over 6,000 species, ranging across all continents except Antarctica, as well as most oceanic island chains. The group is paraphyletic as it excludes the snakes and Amphisbaenia which are also squamates. Lizards range in size from chameleons and geckos a few centimeters long to the 3 meter long Komodo dragon. Most lizards are quadrupedal, running with a strong side-to-side motion. Others are legless, and have long snake-like bodies. Some such as the forest-dwelling Draco lizards are able to glide. They are often territorial, the males fighting off other males and signalling, often with brightly colours, to attract mates and to intimidate rivals. Lizards are mainly carnivorous, often being sit-and-wait predators; many smaller species eat insects, while the Komodo eats mammals as big as water buffalo. Lizards make use of a variety of antipredator adaptations, including venom, camouflage, reflex bleeding, and the ability to sacrifice and regrow their tails (Wikipedia).