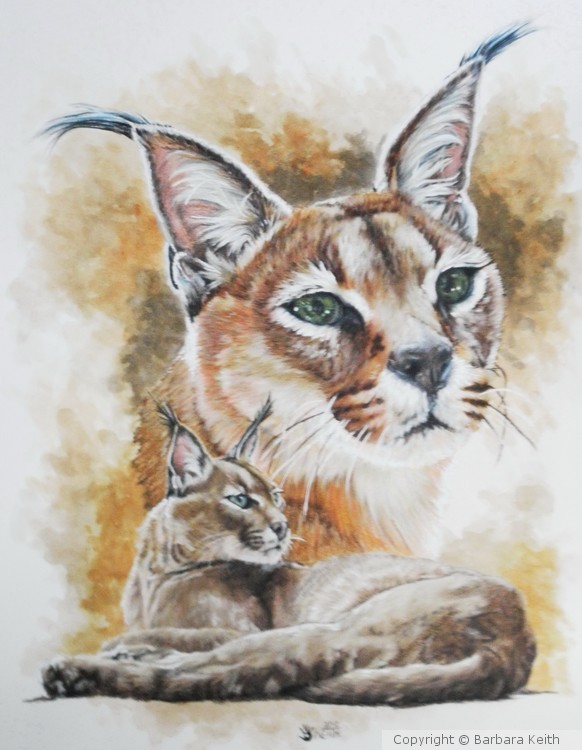 Typically nocturnal, the caracal is highly secretive and difficult to observe. It is territorial, and lives mainly alone or in pairs. The caracal is a carnivore that typically preys upon small mammals, birds, and rodents. It can leap higher than 3 m (9.8 ft) and catch birds in midair. It stalks its prey until it is within 5 m (16 ft) of it, after which it runs it down, the prey being killed by a bite to the throat or to the back of the neck. Breeding takes place throughout the year, with both sexes becoming sexually mature by the time they are a year old. Gestation lasts between two and three months, resulting in a litter of one to six kittens. Juveniles leave their mothers at nine to ten months, though a few females stay back with their mothers. The average lifespan of the caracal in captivity is nearly 16 years. Caracals have been tamed and used for hunting since the time of ancient Egypt (Wikipedia).