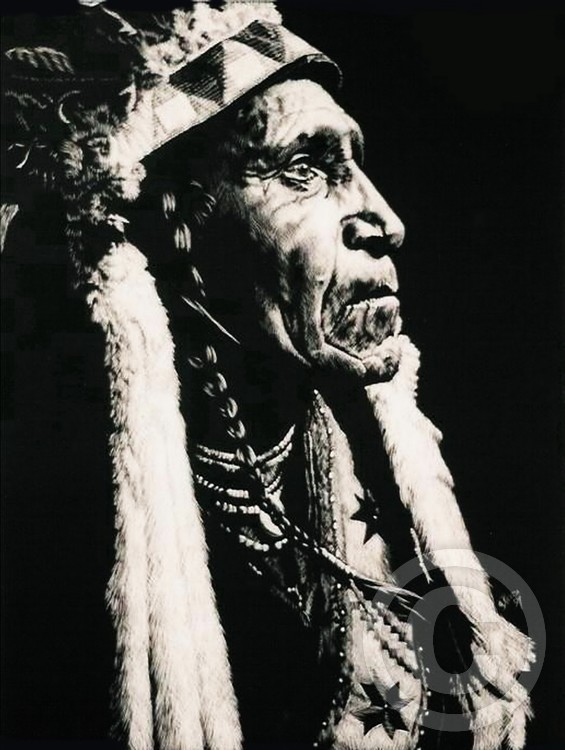 The Nez Perce /?n?z'p??rs/ (autonym: Niimíipuu in their own language, meaning "the walking people" or "we, the people") are an Indigenous people of the Plateau who have lived on the Columbia River Plateau in the Pacific Northwest region of the United States for at least 11,500 years. Members of the Sahaptin language group, the Niimíipuu were the dominant people of the Columbia Plateau for much of that time, especially after acquiring the horses that led them to breed the appaloosa horse in the 18th century (Wikipedia).

This piece is absolutely fanominal

I admire your artistic ability. This is a very impressive piece.

Artist Reply: It was a learning experience and thank you