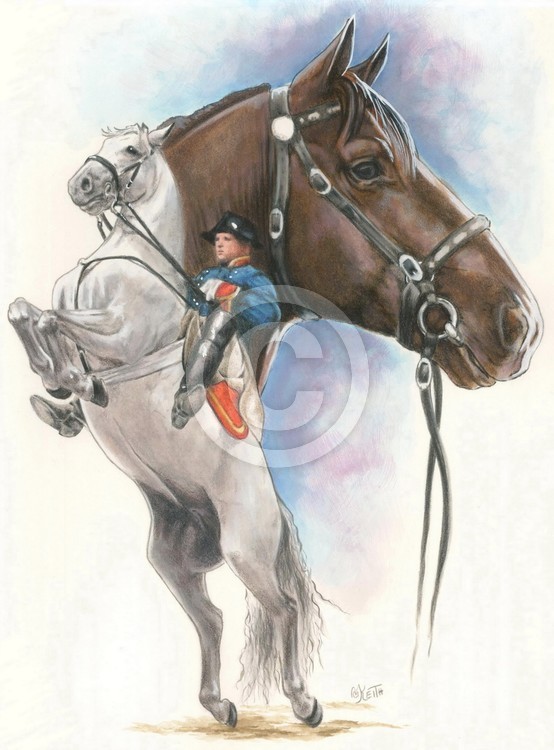 Developed exclusively by the Hapsburg monarchy for its use during times of war and peace, the Lipizzan is the true horse of royalty. Four hundred years of selective breeding have made the Lipizzan one of Europe’s oldest breeds of horse. The Lipizzan’s historical and cultural development enhances its mystique. Physically capable of withstanding the demands of the Airs Above the Ground, this baroque mount was bred to perform haute ecole dressage at the Spanish Riding School and owes its survival to the intervention of American General George S. Patton during World War II (lippizan.org).

SO, SO GORGEOUS. WHAT MARVELOUS THINGS THEY can do. TERRIFIC WORK ON THEM.

Artist Reply: training is a wonderful option.. thanks