Home / Artists / Andrew Wahrmund / Image Detail
Note: Before you can add favorite images, you must be a ArtWanted.com member. Login now or create your free account. 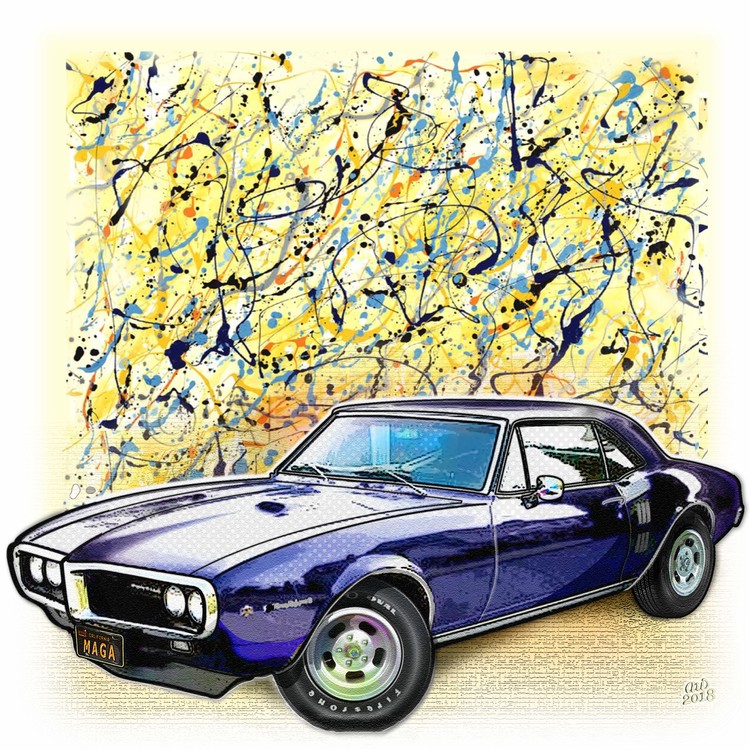 1967 Pontiac Firebird. The first generation Firebird had the coke bottle styling characteristics that were shared with its Chevrolet Camaro cousin, but Firebird bumpers were integrated into its front end design. Firebird was a consolation prize for Pontiac because it had wanted to make a two-seat sports car from its concept car (the Banshee). GM thought this might hurt Chevrolet Corvette sales so it gave Pontiac a piece of the "pony car" market instead.

a digital rendering of an American styling 2 door sedan.
$ 11.00