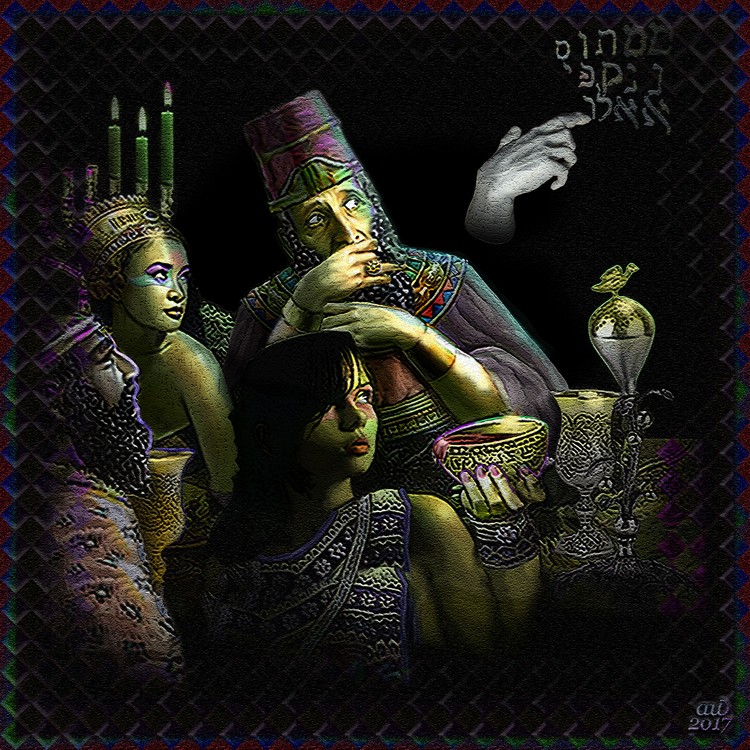 THE WRITING ON THE WALL (updated from an older illustration) – Around 539 BC the king of Babylon (Belshazzar) gave a party using sacred temple vessels captured from Jerusalem for flatware, but a hand began writing on the wall killing the festive mood. The King James Bible described the king's reaction like this: "the kings countenance was changed and his thoughts troubled him so that the joints of his loins loosed and his knees smote one against another" (he crapped in his Levis). The old prophet Daniel interpreted the writing and the king was slain that very night by the Medo-Persians as Babylon fell in a surprise attack from the general Darius.