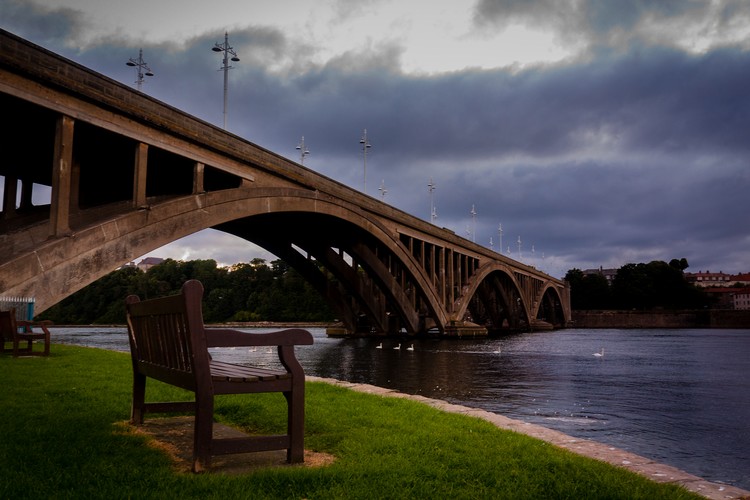 Royal Tweed Bridge is a road bridge in Berwick-upon-Tweed, Northumberland, England crossing the River Tweed. It was intended to divert traffic from the 17th century Berwick Bridge, and until the 1980s it formed part of the A1 road, the main route from London to Edinburgh. However, the construction of the A1 River Tweed Bridge to the west of Berwick has since reduced the Royal Tweed Bridge's importance.