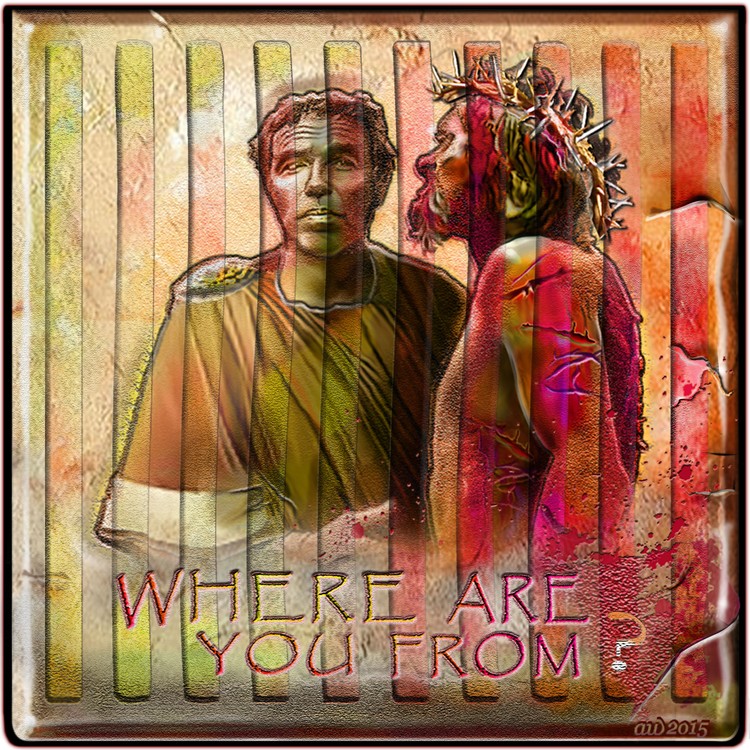 (updated from a former layout)-- After Pilate had Jesus beaten to appease the crowd the priests and officers yelled “crucify him.” Pilate then said "take him yourselves because I find no guilt in him.” The Jews replied, "we have a law that says he ought to die because he made himself out to be the son of God.” After becoming a little more fearful of the whole situation Pilate then asked Jesus...“where are you from?”

a digital painting of a Pilate"s question and Bible verse
$ 11.00