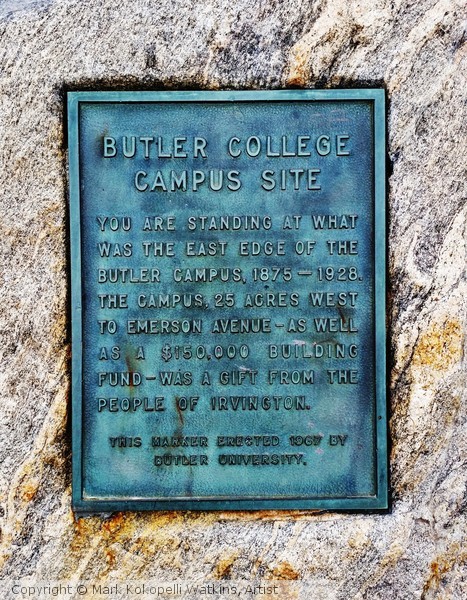 "Butler University's Old Site," c.2015, is a historic capture of mine, because I grew up on the same street where the Butler College campus used to be located, before it became a University, while moving to the N. West Side of Indianapolis. Our first family home was located at 313 South Butler Ave., where the old football stadium was located. I did my Master's degree at Christian Theological Center, which moved to it's current location, near I.M.A. It was the old Department of Religion at the Butler College, which was originally established by the Christian Church(Disciples of Christ).