Home / Artists / Michael Durst / Image Detail
Note: Before you can add favorite images, you must be a ArtWanted.com member. Login now or create your free account. 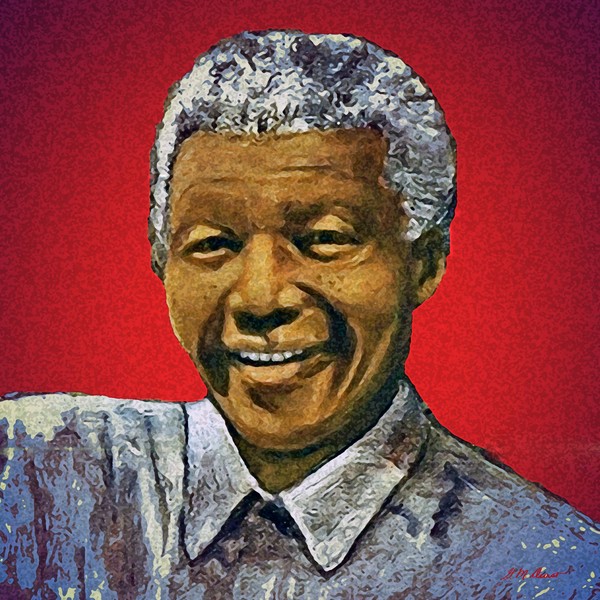 This is one of the pictures in a colourful series displaying the respect and honouring of a great man, who has brought love and inner peace to people the world over. I had the opportunity of working with President Mandela when I was asked to collaborate with the Secretary General’s office of the ANC in 1993. Since then, I have had a burning desire to give back to the man who has given so much to the world. In this series of paintings, I wanted to create the dignity and yet humanness of President Mandela, the South African man who walked to freedom not only onto the world stage, but into the hearts of millions. The rainbow colours represent the Rainbow Nation, a dream which became realized in 1994, when Nelson Mandela became President of South Africa. The image of Mandela is a close up from the painting, Mandela’s Gift of Love, which I did much earlier. I seemed to like the images in the style of Andy Warhol to appreciate this great man who became an icon of brotherhood. This work would look stunning if done on an Acrylic panel so the light can show through like a stained glass window. Of course all six of the pieces, each featuring the background of a different color of the spectrum, look beautiful grouped together. Copyright Notice: All images are fully protected by U.S. and international copyright laws, all rights reserved. The images may not be copied, reproduced, manipulated or used in any way, without the written permission of Dr. G. M. Durst.

congrats with your achievement in art..wow!