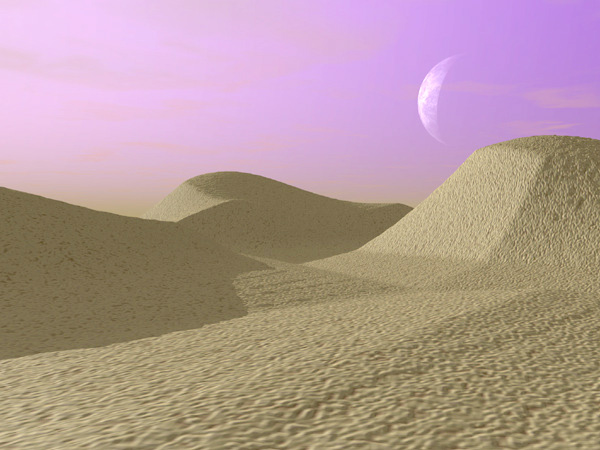 Copyright 1995 and 2004 by Geoffrey Benjamin Chew Modeled and Rendered in KPT Bryce 1.0 - Fiddled in Adobe Photoshop 8.0 CS. One of my first few images made with KPT Bryce. This image was modeled and rendered on one of the early all-in-one PowerPC Macintosh computers, back in 1995 for a class I took during my junior year in high school.