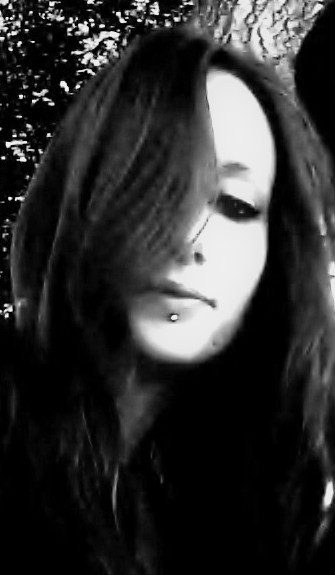 Siobhan Scheier, was born in müntelunguen, Germany (1984). Moving to the U.S at a young age she is technically an American, but considers herself a woman with no country. For several years she has worked as a tattoo artist. It wasn't until recently she moved her career underground due to "the pretentious arrogance" of her peers.

She has lived across the southern United States, picking up tidbits of life experience that's influenced her style. She currently lives in El Paso, Texas after recently moving from Houston. She now spends most of her free time in her own world surrounded by music, drawing images that pop into her mind.

Her work's include: cover art, "Omnicide" by Alan Faler a.k.a. 'Sergeant Faler.' PublishAmerica. Aug 2004; illustrations and graphic art on anti-federalist fliers (seeing around El Paso, Tx; and of course her tattoos grace the bodies of her many clients scattered around the world.