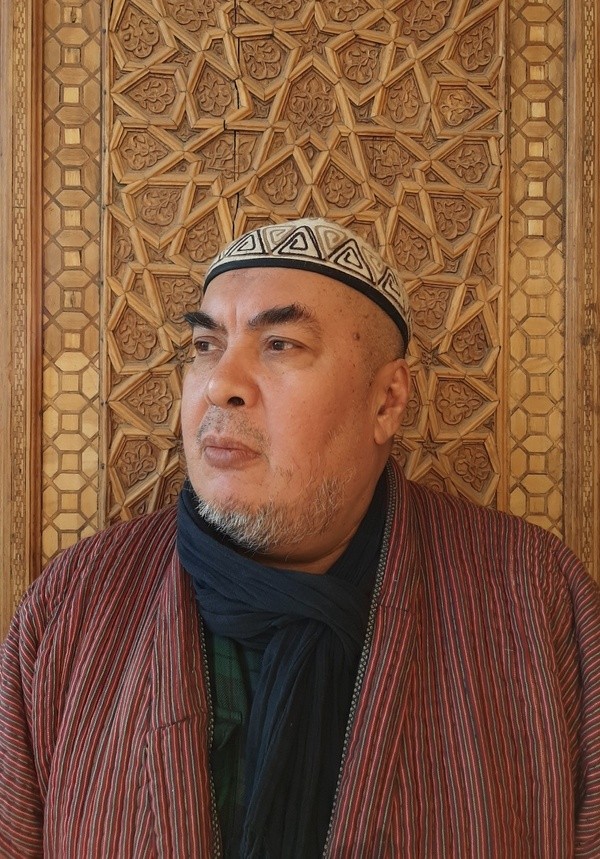 Ulughbek Mukhamedov was born on the 18th of April in 1969 in Tashkent. He left Benkov’s School of Art in 1992. He has been a member of Academy of Art Of Uzbekistan since 2000. His Personal art exhibitions: Aliance Fransez in Tashkent April 1997 Dessertenn Gallery in Paris October 1998 Victoria Dessol Gallery in Switzerland November 2003 Suzan Gerard Gallery in Chicago 2001 Florence in Italy in 2002 The Art exhibition of Russian artists in commemoration of the 555th anniversary of Leonardo da Vinchi in Zheleznovodsk in 2007 The Art exhibition of Creative Society of artists in Tuapse in 2008 The international competition the Theme of death in the modern art of the All-Russia Exhibition Centre Moscow October, 2008.personal exibition in Sankt Peterburg galereya Tretyakova "Famous silk road" 2010 Art galery Highlands North Carolina USA exibition water-colours 411 N. 4th Street tel 828 342 9841 The international exhibition of the fine arts "DAY of the Earth" (New York, the USA) gallery ASA Art Gallery, on the Broadway, from March, 28th till April, 26th 2011. The owner Gold Medal of achievement the Gold Eagle in a nomination Impressionism In July 2011, he participated in the Biennale d'aquarelles de Brioude (Haute-Loire, France).

Tell a little, but show much, here's the basic principle of an outstanding artist of our time Ulugbek Dzuraevich Mukhamedov,an artist of graphics,a master of watercolors recreated in his work the spirit of medieval East. Images, sung by the artist, regarded as a waking dream.His filigree technique and the ability of small artistic means to convey a profound content strike in his watercolors. His tiny size works look like large canvases with an epic philosophical sound telling about the life of the Uzbek people, their history and culture. Amazingly, but in the works of Ulugbek you see that is not shown. The pictures generate so bright images, revealing the depths of the essence of the story, that the viewer subconscious depicture the scene. This is truly unique. Ulugbek Mukhamedov - a rare phenomenon in art. His works has plunged by surprise even worldly-wise venerable artists. The image in the image, almost like a dream within a dream, that's the meaning of his method. The creativity of Ulugbek Mukhamedov - a vast field for research, the art historians and the cultural scientists have yet to study his paintings since in them are laid a phenomenal concept in the art of giving a new impetus and offerring great opportunities for the development of world art.

It is written a lot about Ulughbek Mukhamedov in different western newspapers. There have been some programs about the artist on TV and also broadcasted by Radio Svoboda There are some Ulughbek’s works in some personal collections in Europe, Asia and America. The artist takes part in several foreign art exhibitions. “Ulughbek Mukhamedov is a rare art phenomenon. It is no coincidence that Ulughbek’s works amaze even the worldly-wise artists. His filigree technique and his ability to reproduce a deep content by some artistic means startle people in his water-colours. That’s why Ulughbek’s tiny works look like the big epic canvases, which tell us about the people of Uzbekistan, their history and culture. (From a letter of a group of 20 artists from different countries –Uzbekistan,Canada, France, Germany, Russia, the USA, Israel, Moldavia, Ukraine ,Lithuania, Bulgaria) An unique technique of black tea, first worked out by Ulughbek Mukhamedov does for the plots of oriental themes especially for Old Bukhara.