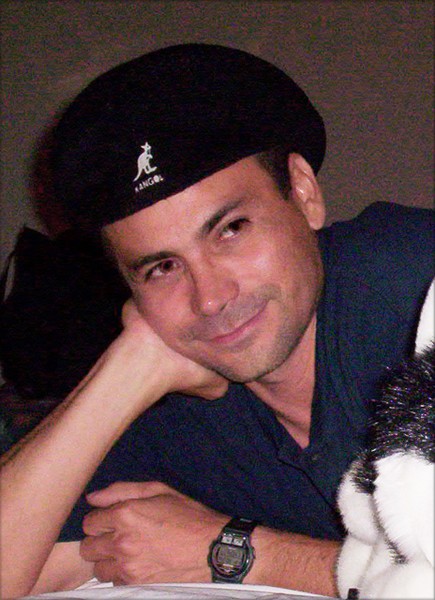 I am just an artist that enjoy my work all forms of exploration and celebration of beauty in all it's manifestations.

Angel Ortiz was born in a small fishing village called Progreso in the Yucatan Peninsula of Mexico . He was born a gifted artist, achieving numerous awards for his artwork at school since he was very young. Angel has been in love with nature ever since, attracted by the ocean's magnificence and vast open space of his native land.

Angel has been painting surrealism He worked as a fisherman while attending at mechanical engineer school in 1988. He became a licensed navigator and certified scuba diver. Not content, he travelled to other countries such as Canada in 1991, Cuba in 1992; He became a freelance designer and photographer in 1993 in the United States, and Europe 2001-2004 to enrich his art techniques.

Angel works on computer graphic design and animation, but these days he tries to find time to paint fine art. Being an autonomous kind of man who gazes and listens to the scene, he absorbs the feeling and processes all the information right onto the media just like the great masters did in the renaissance as today. Angel does not take short cuts for an easy way out when he executes a painting. To Angel it is important to take a painting beyond what he has gained to that extension of excellence that is found in the artist himself. Angel's images are personal statements with some mystery that moves you every time that you encounter them.