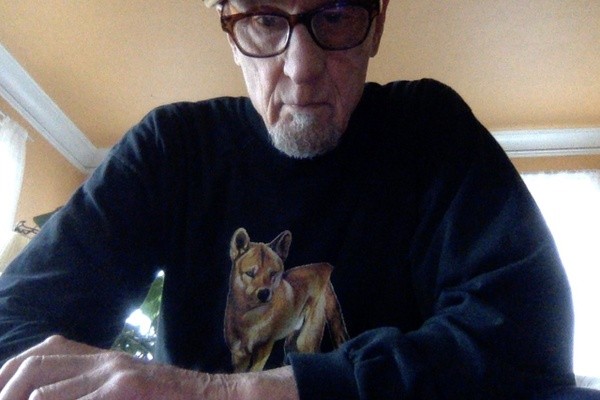 I live and work in Seattle. My painting experience spans 40 years. I was given a degree from the San Francisco Art Institute in 1971. I lived and worked in the City for sixteen years, living in and helping to develop an early rendition (in S.F.) of a live/work artist's building - Project Artaud. I met and married my wife and moved to Seattle. We have a fantastic daughter. I have worked many jobs over the years - everything from carpentry to working in a psychology research lab. In general I hate to work for money and as soon as I am being paid for something I begin to rebel against it. Whatever. My grandparents were mostly Russian immigrants escaping from conscription into the Czar's army, or from early communism, or the stigma attached to Jewish blood. My mother's family suffered from her violent and abusive father from which her mother was divorced twice, until her uncle agreed to support them from the proceeds of an investment in land in Los Angeles. Shortly he killed himself and left the property - which became very valuable on the perimeter of LAX- to his sister, my grandmother. Meanwhile my mother, a woman of unusual beauty, upped her stage by marrying a hard-working son of a carpet salesman determined to have his first son become a doctor. Like many artists, I was born with a brain that won't die. Ideas and concepts keep floating in and art keeps running out.