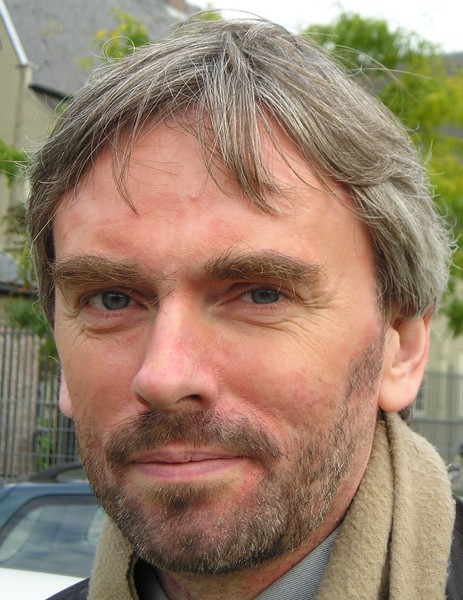 Ruud Janssen was born in Tilburg, Holland (Netherlands) on July 29th 1959. He is an artist, teacher, writer and publisher. He is active with mail art since 1980. Organizes several inter-national mail art projects and publishes numerous articles, magazines (TAM-Bulletin, Statements, Secrets Thoughts on Mail-Art, IUOMA-magazine) and booklets with his TAM-Publications and participates in international (mail-) art projects, collaborations and exhibitions. In 1983 he became the curator of the largest collection of rubber stamp prints that has International fame. In 1988 he founded the IUOMA (International Union of Mail-Artists).

In 1985 he started experimenting with electronic communication and publications and started a bulletin board service and became one of the pioneers in electronic communication inside the art-world. From 1994 to 2001 he conducts interviews with Fluxus-artists and mail-artists where he used different communication-forms (mail, e-mail, fax, personal meetings, and phone). He published the results in hand-made booklets and on the Internet.

In 1996 he started with publishing his Anthology on the Internet, which is updated regularly and accessible at: www.iuoma.org. From 2001 and on he focuses more on painting with acrylics on paper, canvas, CD's and envelops. He is co-founder of the Fluxus Heidelberg Center, does performances with Fluxus Heidelberg (Litsa Spathi & Ruud Janssen) and is webmaster for www.fluxusheidelberg.org.

His works and publications are in most International archives that focus on Fluxus and mail-art. His texts, interviews, artworks and statements are published in magazines, books and other publications in several languages (Dutch, English, French, Spanish, Italian, Russian, etc.)

In the last years (since 2013 till now) he focusses on the interaction of the digital world and the analog human beings and visualizes in artworks what problems this causes.